To make everyone’s life easier, here is a timeline of all the future Marvel and DC movies that will be coming out (as of Jan 7, 2015):

Avengers: Age of Ultron: May 1 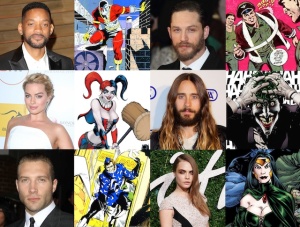 Guardians of the Galaxy 2: May 5

There are a few movies that are slated to come out but we don’t have official release dates:

There are a few movies that are rumored but we don’t have any release information on:

Ezra Miller to Play “The Flash” in “Batman v. Superman,” and I Don’t Care

(As you may be able to tell, I have lost all ability to mask my disdain at all things DC movie universe. But on with the article… )

Ezra Miller (“The Perks of Being a Wallflower”) has been cast as the Flash for an appearance in “Batman v. Superman: Dawn of Justice,” but it is still unknown as to what capacity we will be seeing any of the second tier JLA-ers in. Miller’s casting also has led some non-disillusioned fans to speculate as to which of the men to bear the mantle of the Flash he will be playing.

END_OF_DOCUMENT_TOKEN_TO_BE_REPLACED

Lately, Robert Downey Jr. has been very shifty with respect to the future of the franchise. He is contractually obligated to do Avengers: Age of Ultron (duh) and Avengers 3, but he has also tended to sound like more solo Iron Man films are off of the table, what with being a relatively new father, getting older, etc.

But a recent clip from Ellen has us thinking that the arc reactor still has some spark in it.

END_OF_DOCUMENT_TOKEN_TO_BE_REPLACED

Okay. Right off the bat. We’re not addressing the casting. We’re not talking about Gadot or her acting chops or her figure. We’re just talking costume dynamics.

This is a fan-made composite of the three solo character promotional images. From Reddit.

So let’s get dangerous!

END_OF_DOCUMENT_TOKEN_TO_BE_REPLACED

We can’t embed it, and chances are good that Warner Brothers will delete it as soon as they find it, but click here to watch!

Let us know what you think in the comments!

According to Nikki Finke, formerly of Deadline, Warner Brothers is planning to release over a half-dozen live-action movies based on DC Comics properties.

We’re getting there… But it probably won’t look anything like this.

The schedule is reportedly as follows:

So, a couple of things from this. Assuming that this is accurate…

Apparently, Dawn of Justice is not Man of Steel 2. Man of Steel 2 is going to be a separate movie, released 5 full years after its first installment. That… Seems like bad planning. If/when fans have their little movie marathons, Superman’s going to be aging super-fast. How old will he be by the time the third movie comes out?!

And then there’s BatFleck, who has bulked up a bit, but who still faces a heck of a lot of nerdrage.

Also… Can we not just call it “Captain Marvel?” Are we so sure that audiences are so uninformed as to confused Captain Marvel with Marvel Studios? I mean… I guess, but I’m sick of people calling one of DC’s heaviest hitters by the wrong name.

AND NOT ONE NAMED SHAZAM!

Also, if DC darkens this character, too, I don’t know what I’ll do with myself.

How tied-in to the rest of the DC Universe is the “Sandman” movie going to really be? Is he involved in JLA shennanigans? It’d certainly be a shake-up, but I don’t know that I would like that. In fact, I’m pretty sure that I wouldn’t, unless the story were truly tremendous.

And speaking of movies that will need a fantastic story for me to really get behind them… GL and Flash? Yeah. I love Green Lantern (the characters, not the movie *barf*), but have little attachment to the Flash. I loved Bart Allen in Young Justice and that was the end of my association with the Speed Force.

Can we get someone OTHER than Hal Jordan? I’d take Guy Gardner over him.

But the biggest deal here for me, for my Fangirls, and for women and feminists everywhere is going to be the supposed Wonder Woman movie. Will it stay true to the comics, pre-DCnU? Hopefully, as the New 52 origin of Diana of Themyscira has been butchered to make the only truly independently female icon’s beginnings now based on a man.

Also, a few weeks ago, Gal Gadot posted a progress picture of her workout to her Facebook page, certain that her new buff body would finally silence all of the nay-sayers complaining about her being too thing to play the Princess of the Amazons.

Now, maybe it’s the angle. There is some bicep and deltoid definition there, but that’s a hell of a slim brachialis still, so I don’t think that this photo is going to quell any of those fans’ concerns. It certainly isn’t doing anything for mine… I’ve made no secret of the fact that I have little faith in the casting, and I should clarify that I don’t like pretty much all of the casting news that I’ve heard so far, but I am going to go into the movies with as unbiased an opinion as I can. After all, I was pleasantly surprised by Anne Hathaway’s portrayal of Selina Kyle in “The Dark Knight Rises.”

But, really, there is so much that they could do wrong with the character. The story could be garbage, the costume could be wrong, they could over-sexualize her, Gadot may not be a good fit for the character, they could put her together with Superman and make me hate them even more than I did when they cast Amy Adams as Lois Lane. 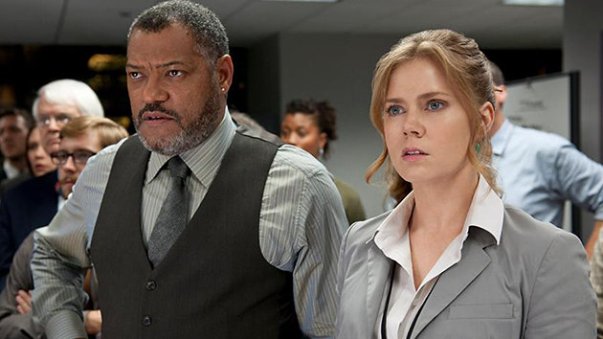 Worst (non-cheesecake) characterization of a strong female character ever.

The one thing that Warner Bros really does have going for them is that all of their licensing falls under their own label, so they don’t face the limitations that Marvel has with respect to crossovers between Spider-Man (Sony), X-Men (Fox), and the Avengers and Guardians of the Galaxy (Marvel Studios).

Of course, Marvel is doing just fine for themselves and DC has been treading water since the mid-90’s.

What do you think of this schedule? Will it work? With WB already pushing back the release date of “Batman v. Superman: Dawn of Justice” by a years already, do you think that this schedule will actually be met?

Let us know in the comments!

In an age where anybody with a smartphone can become Paparazzo, it’s getting tougher and tougher for studios to keep things under wraps. Case in point, Instagram user armandarakjian uploaded this photo for all of the Interwebs to gawk at:

END_OF_DOCUMENT_TOKEN_TO_BE_REPLACED

A few photos from the set of Avengers: Age of Ultron have been released, they are currently shooting in Italy.

We have some great photos of Elizabeth Olsen as Scarlet Witch, I still hope that outfit is not suppose to be her costume.  It fits for an early outfit but she needs something else for later.  We also get to see Aaron Taylor-Johnson as Quicksilver, I am liking his outfit better, but I am not sure about the hair.  It might have something to do with the fact that his beard is not the same color.  Of course we get to see some of Jeremy Renner as Hawkeye, his actions shots look good.  We have footage of Ultron unsure if it is James Spader in the suit but he will be playing Ultron.

What do you think of these first look images?

Patrick Wilson has been added to the Ant-Man cast.

A new cast member has been added to the Ant-Man movie – Patrick Wilson who perviously played Night Owl in the Watchman movie.

Paul Rudd is playing Scott Lang while Michael Douglas is playing Hank Pym, who are two different Ant-Man characters.  It is not known at this time how they plan to incorporate these two Ant-Mans.  There is a rumor going around that they are looking for a third leading man – a possible third Ant-Man, Patrick Wilson could be playing that character.

We are not sure who Patrick Wilson is going to be playing but hopefully we will hear more about it soon otherwise we will have to wait until July 2015 when the movie comes out.