Game of Thrones: The Gift Recap

I tried to write a recap about last weeks episode but I just couldn’t do it, that change was too much.  What happens to Sansa actually happens to another character one you are not very attached to.  It was harder hearing it happen to Sansa, I am really happy that they did not show that on camera.  This episode is much easier to do because well some really good things happen.

END_OF_DOCUMENT_TOKEN_TO_BE_REPLACED

The news broke at Houston’s Comicpalooza, where Agent Carter herself, Hayley Atwell sat down with fans at a Q&A styled panel. In addition to mentioning an upcoming set visit to the “Captain America: Civil War” set (but not clarifying whether this was going to be a cameo or just a friendly visit), Atwell also mentioned that “Agent Carter” has been picked up for a second season by ABC, and with 10 new episodes (the first season was only 8, amazing episodes though they were). The new season takes place is 1940s Los Angeles instead of New York, and the premiere date hasn’t been set yet, but you can watch footage from the panel below:

Ok, I am going to try something new, mainly because I have a lot going on and it is not always easy to get to these recaps.  Let’s go over what has been happening on the show, Oliver has joined the League of Assassins basically to save Thea’s life.  Ok, Oliver is like the best big brother ever, if Thea ever said otherwise I would jump through the tv and smack her.

END_OF_DOCUMENT_TOKEN_TO_BE_REPLACED

Agents of SHIELD: The Dirty Half Dozen Recap 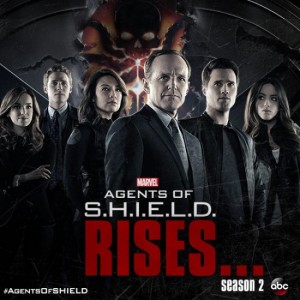 Lots has been happening on SHIELD, with Coulson on the run with Hunter and Fitz.  Simmons on the inside with May who seems to have gone over to the other side.  Bobbi questioning if Coulson really is a bad person.  Coulson recruiting Ward to help them get into Hydra.  Skye finding out more about her past from her parents and the kidnapping of her Inhuman friend Lincoln.

END_OF_DOCUMENT_TOKEN_TO_BE_REPLACED

The Flash: The Trap Recap

END_OF_DOCUMENT_TOKEN_TO_BE_REPLACED

Posted in the CW, The Flash, TV Show Reviews

Gotham: The Anvil or the Hammer Recap

Well Gotham is almost coming to an end for this season, did anyone else get excited when The Ogre set his sights on Barbara, I am sure we are all hoping that she dies.  Someone else needs to marry Jim and give birth to Batgirl. How cute were Bruce and Selina at the event, they were so adorable, especially when they were dancing, it was a perfect start to their future relationship. Nygma goes crazy and kills the cop that was hurting Ms. Kringle.

END_OF_DOCUMENT_TOKEN_TO_BE_REPLACED

Here we are back for another thrilling episode, Jon is now the Lord Commander of the Nights Watch.  Arya has been taken into the House of Black and White, Tyrion is on his way to Khalessi, Jaime is on his way to get his daughter, and the Dorne wants to kill all Lannisters.