Before you keep reading, I do recommend that you watch our PSA on what was really wrong with X-Men 3. So that you can see that I’m a fucking prophet.

You see, long story short, I was postulating that the true purpose of this Time Traveling story was to just completely retcon out the awfulness of X-Men: The Last Stand (AKA the world film in human history). I thought that they were going to just throw stuff out and go on with the as-of-last-week much stronger First Class stories and characters, but it came to pass so much better than that.

Using a twist on the original comic written by Chris Claremont, Wolverine is the time traveler here. Kitty Pryde is able to use her phasing powers to send others back, but the process is dangerous. Anything more than a few weeks back, and it would literally rip the mind apart. And, as they lay out these rules of time travel, you can see the simultaneous realization and resignation in Wolverine’s face. He is going to have to make this trip.

And I’m pretty damned grateful for it.

The story is well done and, even with jumping back and forth through time, flows very well. We come to a point in time where Xavier’s school has been closed because most of the students and faculty were drafted into the Vietnam War at the close of the first semester. Xavier himself is able to walk, but at the cost of his powers, and he’s absolutely fine with it. Charles is lost, himself, with only a decidedly human-looking Hank for company. It turns out that, in looking for a suppression for his own physical mutation, he’ s given the Professor a crutch of his own.

Without delving too much into the story, I’d like to focus on some of the characters and their arcs. First, we have the Professor and Magneto. Charles is in a bad place, practically a junky with respect to this power-supression serum. Captive by his own fear. He’s mourning the loss of Raven, practically his sister, but also the loss of him… AHEM… Friend. Erik. Once Erik is removed from his prison, the two have an altercation on Chuck’s private jet, and as he lashes out at Erik, we see a more than fair point made by Magneto; Charles abandoned them just as much as Erik abandoned him. Basically, the two are in this position, this truly difficult position between love and hate and they have to put themselves and each other aside in order to fight, for once, for the greater good. Together.

As for Hank, he’s not terribly interesting in this, but he is a loyal X-Men, and it’s really nice to see a true member of the First Class in the actual first class. 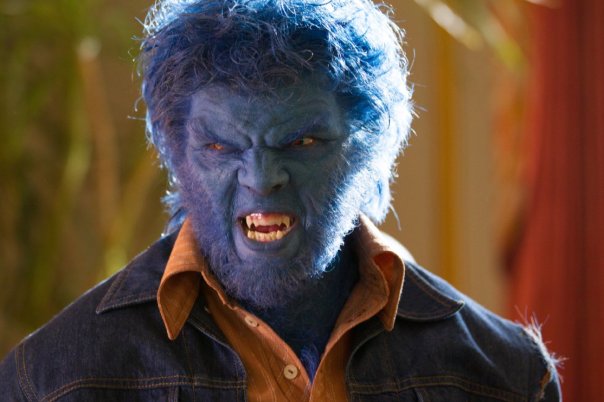 And his make-up actually doesn’t look ridiculous for once. Bonus!

And, dubious costuming aside, I loved Quicksilver. And that’s not a thing that I have ever said before. Using Quicksilver to break Magneto out of the Pentagon… Smart, sure. But the sequence itself was sheer brilliance. Between the usefulness of his superspeed when confronted with armed guards who might be just a little bit too trigger-happy, and the attitude of a superpowered teeneged boy with too much time on his hands in the most literal sense of the phrase, and you’ve got a scene that combines action and humour and story in a way that rivals the ever-incomperable Joss Whedon.

By the way, that’s NOT Wanda, according to director Bryan Singer.

Jennifer Lawrence, as always, was fierce.

Her arc, I found, was the most compelling. Although Mystique, in nearly every incarnation, is a cold, inhuman, murderous bitch, we get this glimpse of her still as Raven. She’s never killed before. And the entire goal for the first half of the movie is to keep her from doing it for that first time. More than that, though, we see her make a change. Raven doesn’t become Mystique in this movie. She is tempted to follow that path, but instead we see her leaving this story as a hero… I mean, pending that one impersonation in the last shot of the movie, pre-credits. But she actually stops the Sentinel program in a way that lines up with the Xavier method of pacifism, even as, or perhaps exactly because he finally stepped aside to let her decide for herself.

And I was rooting for her to do exactly that throughout the movie.

Wolverine has to keep as calm as he can (HA!), according to Shadowcat, in order for the her Time Travel phasing power to properly work its mojo. Unlike the full of feelings Wolverine of The Last Stand, this Wolverine was one who could still tear a bitch apart, but also who has shown tremendous growth as a character. Wolverine is older and wiser (with a touch of gray hair!) and in a good place in this movie. He has feelings (mostly for Jean), but he’s actually really well adjusted for a dude prone to bouts of berserker rage. And his being balanced is shown no better than in the moments when he’s trying to convince James McAvoy’s very well done portrayal of a young, torturing, slightly tweaking Professor X of the tremendous impact he will have on his students and his world. Using a clever mix of footage from the first three X-Men movies, we see the relationships between Professor X and Mystique, Logan and Jean, and we see Logan’s past, and how, exactly, that horrifically damaged man that he was was able to come back from all of the brinks and also find himself in a position to help lost kids himself.

Peter Dinklage’s Bolivar Trask was a singularly driven man, willing to strike bargains with the US and its enemies, as long as someone recognized the mutant threat. In fact, though, we see a moment in his lab where he tells a young William Stryker (awesome) that the cause of mutant suppression might be the thing to finally bring about world peace. A common enemy to bring the rest of the world together. It’s almost a beautiful idea, if you ignore the micro-genocide.

I swear if he didn’t slip into Tyrion a little bit a couple of times.

And then the rest of the X-Men… Not much really happens with them, in all honestly. The fight, they die. The reset. They repeat. I was happy to see bit part alumnus Daniel Cudmore not only return as Colossus but also get a couple of lines. We also get to see Bobby Drake killed multiple times, so that’s awesome. 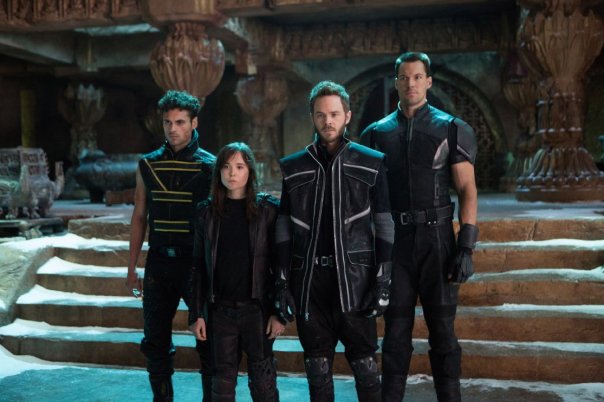 If I had one criticism, in might be in the pseudo science used in the film, but then, it’s a movie about a bunch of mutant human superheroes, so willing suspension of disbelief will help me get through this. If you have trouble with that, just do what I do and imagine that this all takes place in an alternate reality where biology is just that much more accommodating and physics is really just a suggestion.

Oh, no, wait. I did have another complaint. In the end of the movie, when the sentinels breach the temple they’re hiding out at, and the big fight scene happens between all of the future X-Men and the giant, murderous robots, there is a moment when they take a bunch of them out at once and they foolishly think that they’re in the clear for the moment. Lo and behold, of course they’re not, and Storm is the first one taken out. Then Bishop. In, like, thirty seconds. So, both of the black characters get killed within a half-minute, and are the first ones to die. And in kind of bullshit ways. Especially for Storm, but especially for Bishop. I mean, power overload? Are you serious? Mother-fucker explodes and everything…

Well. It just stands out.

But also, maybe they just killed Storm off because Halle Berry’s portrayal was a bit… Not so great. She seemed unsure of herself. Like, missing beats and stuff. “Oh, do I have powers now? Right now? Oh, okay. Hold on, let me throw my head back.”

Bitch, why do you look worried? I’m sorry, but did you FORGET that you’re STORM?

And then that one little glimpse of Rogue, of her standing there with Bobby… I flipped the screen off at that point.

Also, how in the world was Professor X both alive and in his own body?

So, yes, a few complaints, but overall, and with the end result being that The Last Stand IS NO MORE, this movie with its cohesive storyline, excellent characterization, amazing actors, and visually stunning effects was more than good. It was satisfying.

So, welcome back to the helm, Bryan Singer, and writers Simon Kinberg, Jane Goldman, and Matthew Vaughn, and let’s keep this franchise going for as long as humanly possible. Because is every movie is as amazing as Days of Future Past was, this could be the retconned continuation of a beautiful film series.