← Agents of SHIELD: Heavy Is the Head Recap
“Gotham” S1E3 Recap – “the Balloonman” →

Last night, the second episode of “Once Upon a Time” to feature characters from “Frozen” aired. 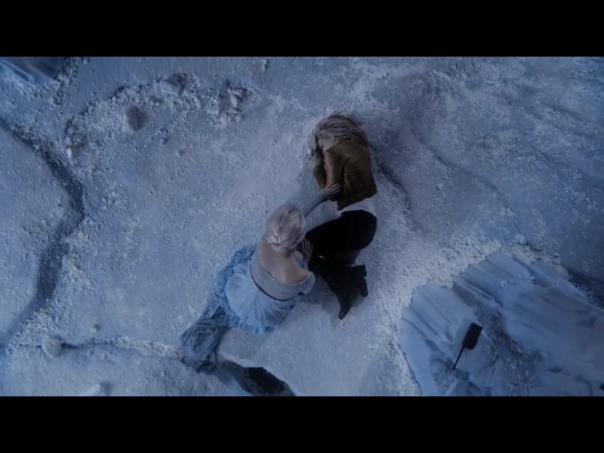 It was also the second episode that kind of felt like filler.

Well, let me elaborate; all of the shit going on in Storybrooke so far this season has felt wholly unnecessary. Miscommunication and blame-hurtling are so overused in all entertainment media, let alone how often it comes up in this particular show. It should take up five minutes, tops, but instead we’re wading through two half-episodes worth of Elsa’s panic attacks.

Flashback to David when he still lived on his farm and had the world’s most questionable hairstyle. 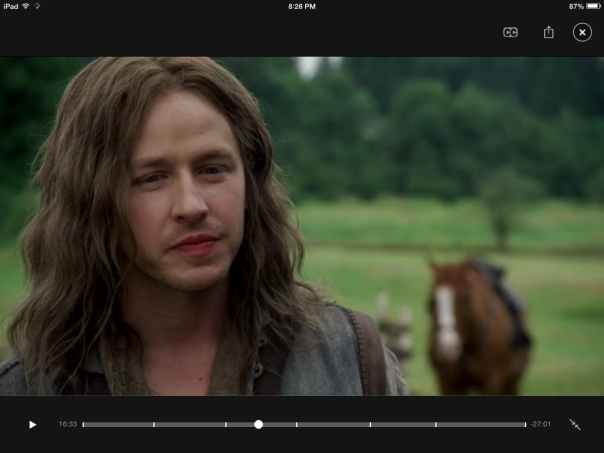 Because, really, this is not a good look for the man.

I am so sick of all of the little bits of Snow and/or Charming backstory constantly peppered throughout the seasons.

Also, not really a fan of pepper.

My favourite moment from the episode was not the swordplay, or even Anna’s inspirational words, but just the fact that we have a strong female character. And, yes, this show is loaded with independent women, but their talents (read: “Emma’s ability to tell when people are lying.”) sometimes seem like a bit of a stretch.

So, after being proven too naive and almost dying, Anna has taken it upon herself to learn swordplay with Arendelle’s soldiers. An endearing female character who can kick your ass? She’s improving herself! 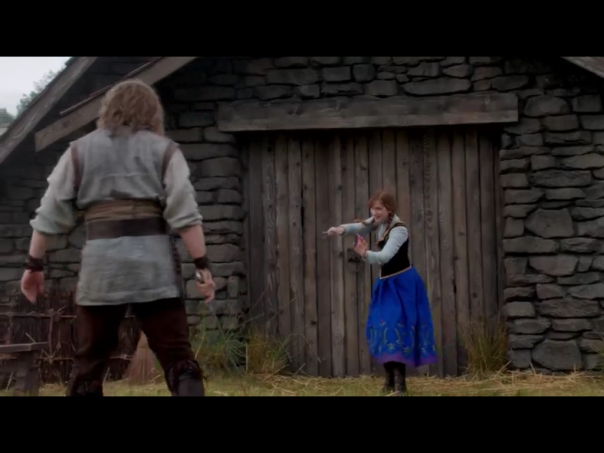 Like, legit, I really do dig her being more useful. The more I see her, the more I like this actress for Anna. True, she’s not as animated as her literally-animated counterpart, but I think that it lends credence to her performance. And the character of Anna herself is very likeable which, whoo, yeah, is a very good thing for her sister’s rule. 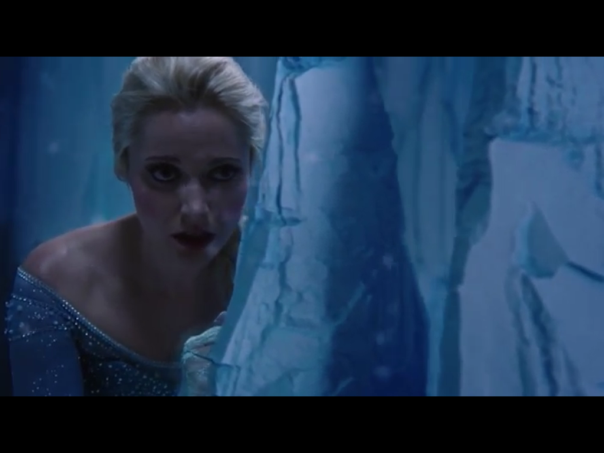 So, now we know that David learned his mad skillz-with-a-z from It’s totally “Joan,” guys.

That was… Well, it was good to see how the hell a shepherd could be a fairly well trained swordsman.

Not to mention, Henry is finally coming around to Regina who, yes, was (and still kind of is, I guess) a bad person, but who at least always did love him. That was nice to see. Because, really, if you’re gonna keep taking love from a single character, do we really expect that character to be decent?

I mean, hey, even Snow lost her shit, coincidentally making this episode the first moment that I have liked her character.

I’m starting to get why Regina was evil. It wasn’t her, it was you. You have survived your entire lives without lightbulbs. Buy a flashlight!

Although, she probably could’ve found somebody in this whole town (full of people who love her )to babysit so that she didn’t bring an infant into a room full of generators which she has no clue on how to operate…

But now we are in a place where we have Elsa interacting with these characters, way calmer than before, but still unable to bring down her own wall of ice. And frost is spreading. And shit is getting real-ish.

Because there’s another ice witch out there in Storybrooke. 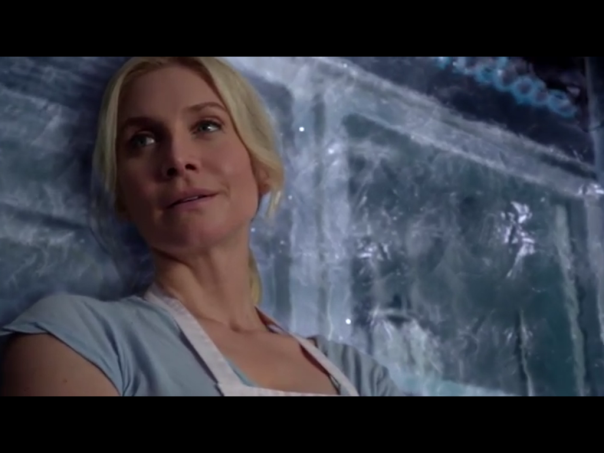 Was this bitch always there?

This ice cream-serving lady, with her lithe figure, Arian features, and… Well, and her snow powers, just scooping up ice cream like it ain’t no thang? Who wants to guess that she’s Elsa’s birth mother?

Okay, well, there’s enough parental confusion on this show already. So, she’s either, like, an evil aunt or something, or maybe she cast a curse on the Arendelle royal family. Because, remember, the trolls asked if Elsa was born with the powers or cursed, so either of them is a possibility.

Or maybe they’re unrelated and the writers are officially trying to jump the shark. 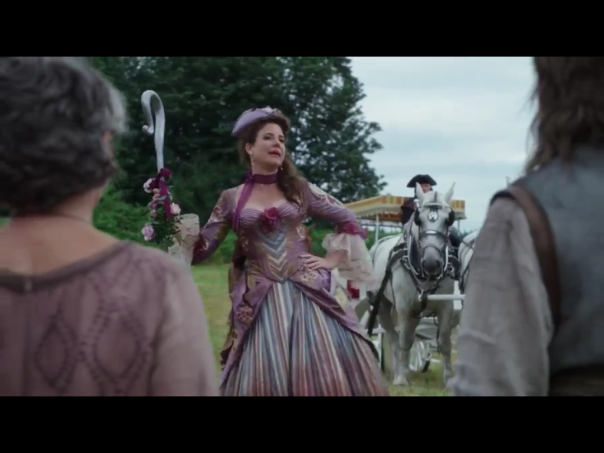 I’ll spare you all the details of newly-introduced villain, “Bo Peep.”

Either way, once again, we see a character’s mysterious misfortune leading the story towards one specific, shady mofo. 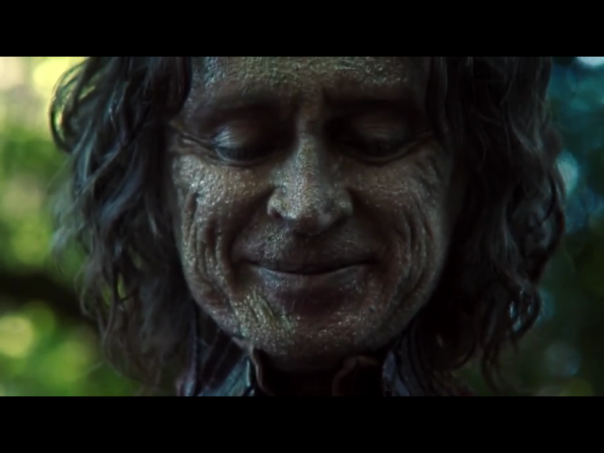 All that power… No Proactiv?

This does kind of have me wondering whether these characters are going to be sticking around in Storybrooke, though. I mean, story-wise, they shouldn’t. They should travel back to Arendelle to find that the princes of the Southern Isles have taken over while Anna has been missing and Elsa has been trapped.

But it kind of feels like they’re going to be too involved in this season to not stay, y’know? 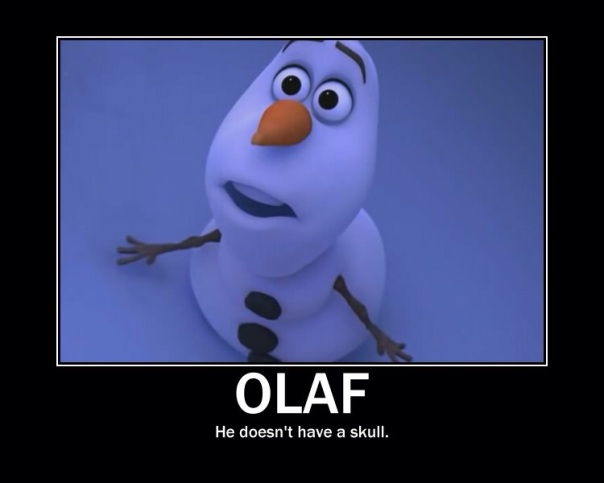 Also, we’ve gotten our first glimpse of Sven and Marshmallow, even Grand Pabbie, but no sighting of Olaf yet… I’m a-watching.

Check back here every Monday for another OUaT roundup!

← Agents of SHIELD: Heavy Is the Head Recap
“Gotham” S1E3 Recap – “the Balloonman” →