The news broke at Houston’s Comicpalooza, where Agent Carter herself, Hayley Atwell sat down with fans at a Q&A styled panel. In addition to mentioning an upcoming set visit to the “Captain America: Civil War” set (but not clarifying whether this was going to be a cameo or just a friendly visit), Atwell also mentioned that “Agent Carter” has been picked up for a second season by ABC, and with 10 new episodes (the first season was only 8, amazing episodes though they were). The new season takes place is 1940s Los Angeles instead of New York, and the premiere date hasn’t been set yet, but you can watch footage from the panel below:

Agents of SHIELD: The Writing on the Wall Recap

What is going in SHIELD land, well Hydra are a bunch of asses, Ward’s brother is a jerk and Ward has escaped.

END_OF_DOCUMENT_TOKEN_TO_BE_REPLACED

Here we are at another exciting episode of Agents of SHIELD, this is going to be one of my shorter recaps.

END_OF_DOCUMENT_TOKEN_TO_BE_REPLACED

You can now listen to another installment of the TFP Podcast! Beware of spoilers for your favourite TV shows, though, as this was recorded about a week and a half ago. So… Spoilers for season openers, but if you’re only an episode or two behind you might be fine. 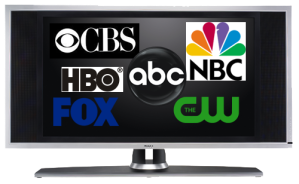 Agents of SHIELD: A Hen in the Wolf House Recap

Here we are back for another exciting episode of SHIELD, last week Coulson and May went under cover for to get a painting only to find out that Hydra has an really awesome face changing device.  Also there was a really epic May fight between real May and fake May.

END_OF_DOCUMENT_TOKEN_TO_BE_REPLACED

Back again to see what is happening between SHIELD and Hydra. As we learned last week, Simmons is playing double agent for SHIELD. Fitz wanted to show Ward what he did to Fitz. Skye is always calm, she never gets rattled with her nerves.

END_OF_DOCUMENT_TOKEN_TO_BE_REPLACED

Here we are at a new episode of SHIELD and this was one looks to be a lot more promising then the last episode. Really the only highlights of last weeks is that Mac can understand Fitz a bit, Raina is back, and we saw Skye’s dad. Yes, they really killed off Xena after one episode.

END_OF_DOCUMENT_TOKEN_TO_BE_REPLACED

Agents of SHIELD: Heavy Is the Head Recap

Here we are at the second episode of Agents of SHIELD. What we learned is that Coulson is recruiting for SHIELD. Fitz is hallucinating Simmons because she left him – all the feels.

Well I didn’t like this episode which is why this recap took so long to write because I was dreading writing it. I decided to just write the highlights I found instead of just torturing you with a long recap. 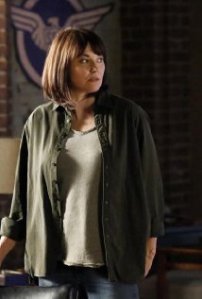 I have issues with the fact that they made this huge deal about Lucy Lawless being on the show and they killed her. She was in one episode I was looking forward to this, I think we all were. They killed her and then most of the episode was about her character being dead.

Then there was Hunter, her mercenary guy who was basically playing both sides. All he wanted was for her to get a proper burial, which I support. By the end of the episode Hunter was basically on SHIELD, even though he shot May, Skye, and Triplett.  Coulson tells Hunter it was a bad idea to shot May, I can’t wait to see her kick his ass.

Highlight Mac the new guy can actually understand Fitz because he smart. After Mac was done mentioning about Simmons, which is not a great idea he was able to help Fitz fix the cloaking device. I think that is a good thing because Fitz needs someone because all the feels, all the feels. I do like Mac because he has a Triplett quality to him. Until we find out what happened to Simmons, Fitz needs Mac.

Raina came back because poor Absorbing Man could not control his powers. Unfortunately, this was causing Absorbing Man to kill people with out meaning to by turning them into rock. Absorbing Man has no idea who Raina is even though he is with Hydra. Honestly I think Raina should have introduced herself as Flowers that would have probably had more recognition. Now the people who hired Absorbing Man gave him something that heals him but also makes him more controllable. Then Coulson and the team turn Absorbing Man into stone.

The biggest highlights would be Coulson negotiating with Glenn Talbot. Basically Coulson’s team and SHIELD will deliver people like Absorbing Man to Talbot and Talbot can keep getting promoted. Then Coulson showed off their cloaking device.

Raina is working with Skye’s dad who looks human.  Now I have a big question about the red arm, was that blood?

Coulson had told May about his episodes which was a good thing so now May documents them.  Maybe they will be able to figure out what is in his brain.

I was not a fan of this episode I just had a hard time getting into it. The highlights honestly were the lines. There were some great Joss Whedon writing but the episode fell flat for me.

Now the next episode looks great because Simmons is Hydra? I guess we will find out.

With Agents of SHIELD starting next week I thought we would go over what we would like to see happen on the second season.

END_OF_DOCUMENT_TOKEN_TO_BE_REPLACED

Posted in Agents of SHIELD

Since most of the Fall TV Shows will be starting up soon I thought I would help us all out by posting the premiere schedules and some trailers.

Once Upon a Time 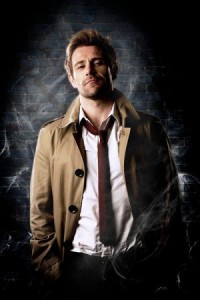 There you have the list and videos for some of the shows coming out this fall, hope you will check back with us as we give you what we hope to see this upcoming season and for show recaps throughout the season.