TFP votes for the new cast of ‘Age of Apocalypse’

With Age of Apocalypse up next for the X-Men movies and talks of recasting some of the roles with younger versions.  The ladies of TFP wanted to give our votes for who should be casted in this roles.

She is from Africa, specifically Kenya which is where Storm is from, she already has the accent.  I can see her with white hair and blue contacts.  I think she could pull off the punk look or her first appearance look.  Lupita has that regal nature to her as evident by her Oscar speech.  She proved to have incredible acting talent in 12 Years a Slave, she has already acted with Magneto.  Let us just hope she does not suffer from the Oscar does not make you a good superhero curse many of the females suffer from like Hallie Berry. 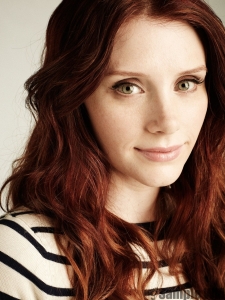 She would be a great Jean Grey, one she is a natural red head.  She also has some great acting roles, she was the wife in Terminator Salvation so she proved that she can handle a bit of action.  Howard was the bitchy girl in The Help, which proves she play the stuck up element of Jean Grey.  Just look at that picture you could just see her as the cheerleader girl next door which is so Jean.  Next to (insert name) as Scott they would just look perfect, like the perfect couple, just as Jean and Scott should.

We could not agree on anyone to be Scott because out of the younger actors no one really stands out.  James Marsden was such a perfect Scott it is hard to find anyone to top him, with some make-up to make him look younger they could just bring him back. If you have any suggestions for Scott Summers please let us know.

A new cast member has been added to the upcoming Jurassic World movie Vincent D’Onofrio.  D’Onofrio will be playing the villain in Jurassic World; he had previously played the villain Edgar in Men in Black.  No specifics about this role have been released at this time.

Chris Pratt (Star-Lord in the upcoming Guardians of the Galaxy) and Bryce Dallas Howard are both already confirmed to star in the movie.  No word yet if any of the stars from the previous Jurassic Park movies will be reprising their roles.

Irfan Khan is also rumored to have signed onto Jurassic World; he has previously been in Amazing Spider-Man.

The movie is set for June 2015, with Steven Spielberg as the executive producer.

Are you excited for Jurassic World or do you think the franchise should have stopped with Jurassic Park III?