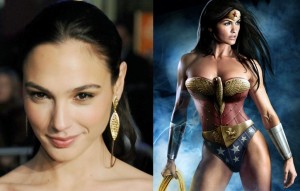 Gal Gadot who will be playing Wonder Woman in the upcoming Batman vs Superman movie, has signed a three picture deal with Warner Brothers.

They have confirmed it will include a Justice League movie and a Wonder Woman standalone movie. It looks like we will be seeing more of Gal Gadot as Wonder Woman in the future.